Brushing and flossing are very important to keep a good oral health, and when mouthwash is added, you are covered! By using a good mouthwash not only will you keep a fresher breath, but also help you deal with some recurrent problems. It is just a matter of knowing just what type and when to use it that you need to know!

In this article we are going to be talking about the many benefits and tips regarding mouthwash. It is quite underused already and here in Los Algodones we wish to let you know how it adds up to your routine.

What types of mouthwash are there 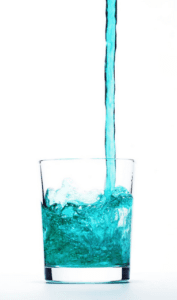 This is an important part to highlight, as it is not obvious for everybody. You see, there are two mouthwashes that you can purchase: cosmetic and therapeutic. To put it simply, cosmetic is to have a fresh breath on the go. On the other hand, therapeutic mouthwash is to treat certain conditions and has active components to help dealing with them.

Here we will list the two of them, which you will see there are different therapeutic ones. Different benefits for its different components!

This is the one you will see the most of in every store. Usually has alcohol in its component and helps preventing the growth of bacteria as well as infections.

As the name implies, these are the ones that have fluoride in them. Fluoride helps strengthening and remineralizing the teeth, so it works best against tooth decay. It is also worth mentioning that too much fluoride can be bad for the health.

This type of mouthwash is just used for masking bad smells. It does not help you treat problems or get rid of anything. So if you were thinking that just because your mouth smells good you have gotten rid of the bacteria, then think again! These are only good for job interviews, dates, and whatnot.

These are a popular alternative that have been getting used lately. They are typically known for not having alcohol in them, which is good for many people. Other than that, they work exactly like intended, so it is not an inferior choice. They can even be used to treat infections or even an injury. 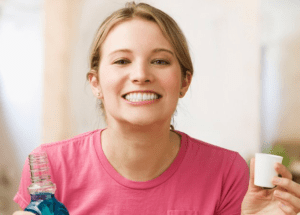 Of course, it all depends on which mouthwash you choose. Except for the cosmetic one, just keep that one for masking smells. Either way, these are the benefits that mouthwash can bring if you add it to your routine:

If you are interested in a cheap dental visit, you should try contacting us! We will put you in contact with very professional dentists in Los Algodones.

Tips Towards A Better Smile

The Many Benefits Of Fluoride

No Replies to "Mouthwash: Types And Benefits"

Got something to say? Cancel reply